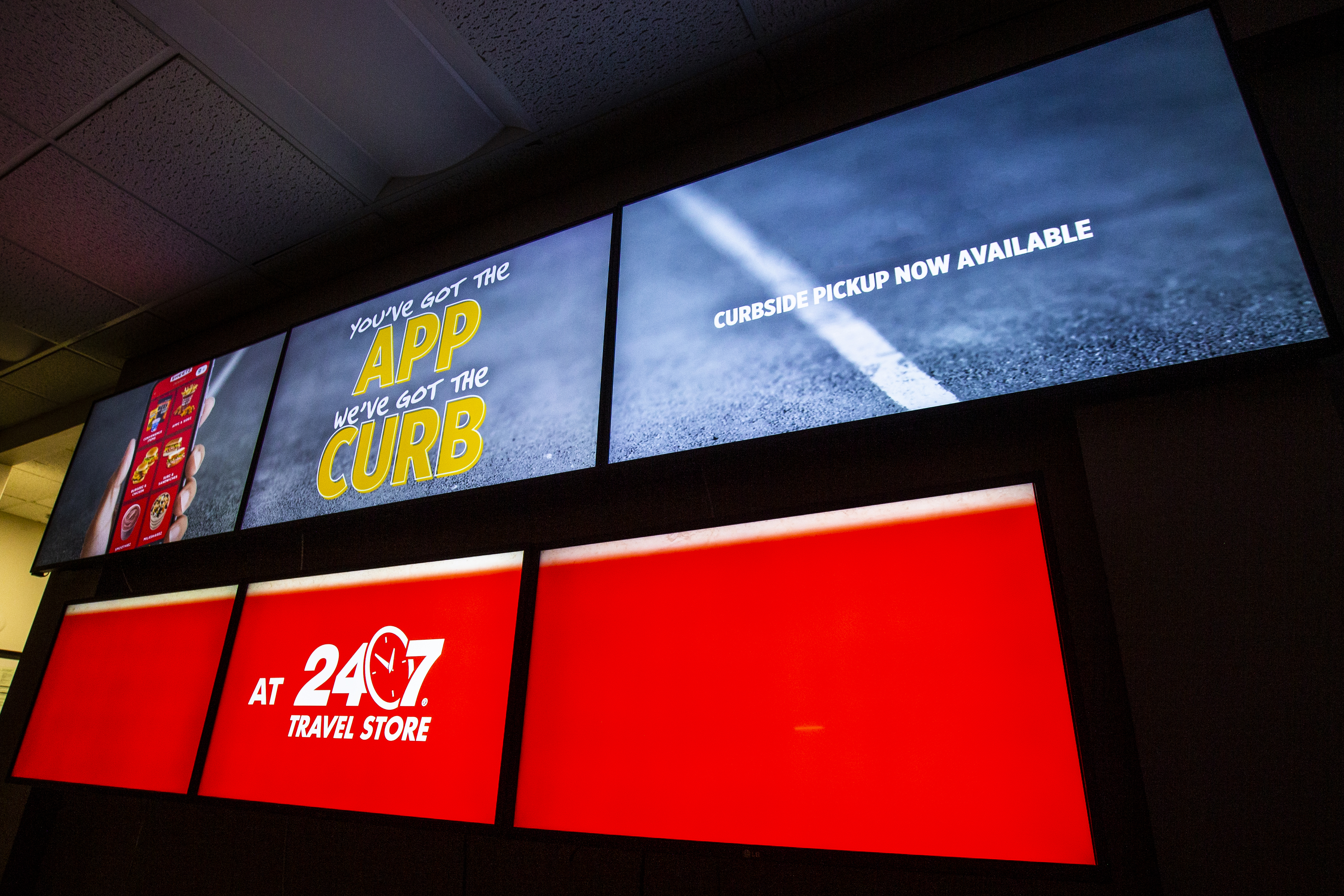 When motorists travelling on I-70 and I-35 through Kansas arrive at their destinations, a famous movie line very likely might apply. Like Dorothy and her dog, these travelers are often “not in Kansas anymore.”

Indeed, many travelers on these interstates – even during the pandemic-plagued 2020 summer travelling season – are simply passing through the Sunflower state, travelling on I-70 West to Denver or East toward St. Louis or Baltimore. Or, possibly from as far as the Mexico border or Duluth, Minn, if on I-35.

As an operator of 10 travel centers on I-70 and I-35, Salina, Kan.-based 24/7 Travel Stores experiences a marketing and consumer-engagement challenge that is somewhat specific to travel center operators: quickly establishing a brand impression and building a customer relationship with a largely transient customer base.

“We are a Kansas-only brand, so oftentimes, it’s their first time they are in our stores,” says 24/7 Travel Stores’ Manager of Growth & Development, Ted Augustine, referring to the chain’s on-the-move customer base. “They are just getting used to us and getting introduced to our brand.”

Unlike a typical convenience store on a busy corner lot in the center of town, where the challenge may be in enticing customers at the fuel islands to venture into the store, a goal for 24/7 Travel Stores is to entice customers to make a purchase once they are inside. With eight of its locations spaced along the 250-miles of I-70 that bisects the state, the chain’s customers are often first looking for clean restrooms – of which it takes particular pride. After that, it’s a matter of getting the customer’s attention.

To that end, 24/7 Travel Stores turned to Abierto Networks’ Video Walls in two of its recently remodeled locations. Using Abierto’s Open.Videowall software, each Video Wall integrates multiple digital monitors to create one large digital canvas, capable of displaying a synchronized playlist of multi-screen digital content designed to call out to customers with popular specials and other offers.

“The way the stores are laid out, grocery is not located adjacent to the restrooms, for purposes of perception,” Augustine explains. “and we also have a large general merchandise section. So we are trying to get customers to move over to that side of the store. The Video Wall works to solidify in their mind that, yes, they do want to pick up something in the store.”

Amid an ongoing raze-and-rebuild plan, 24/7 Travel Stores has installed the Video Wall in its two most-recently rebuilt locations, and Augustine says it has already begun to learn the sort of messaging that works best in its stores.

“First, we emphasize our best sellers. Then we promote our brand – displaying our brand image, our branded water, our gas card. Finally, we make sure to display the map of all of our locations.”

According to Abierto President and Founder Rick Sales, 24/7 Travel Stores’ deployment of the technology in its locations is among the most impressive he has seen to date.

“The digital advertising content created for the 24/7 Travel Stores’ Video Walls is one of the more creative and impactful presentations I have ever seen,” Sales says. “Their integration of bold imagery, great offers and brand messaging make the movies difficult to ignore and impossible to forget. Perhaps this is one of the reasons why travelers visit multiple 24/7 Travel Stores locations per trip.”

When initially embarking on its store-rebuild plan and taking its first steps in digital signage, Augustine says the company had considered several options, including in-dispenser screens at all locations. But he initially decided against the long-term contracts that came with those options, instead adding the dispenser screens at the rebuilt locations only. “We wanted to get our feet wet,” he says. “We didn’t want to sign a 10-year contract [for in-dispenser video screens at all locations] and only get an 8-second slot to promote our brand as part of the deal. We felt Abierto had a nice niche in this market, and the technology is as good as anything out there.”

According to Sales, the technology behind the Video Wall is perfect for the c-store industry.  “Consumers expect amazing digital experiences from retailers and are easily disappointed when technology does not work well,” he says.  “Perception is reality. If your in-store digital messaging is old and tired, what does that say about the rest of your store?”

According to Augustine, a redesigned store can see revenue increases of up to 300 percent. While he says he can’t determine what percentage of that increase can be attributed to the Video Walls, he believes the technology is a major factor in customers’ seeing the stores as an upscale option on the highway.

“It definitely plays into peoples’ perception of the store,” he says. “They’re thinking, ‘I want to stop there.’ It looks clean and sleek. And the Video Wall makes it look modern. We don’t just have stickers that say ‘Buy two, get one free.’ We have something a bit more engaging. At that point, we have customers making active shopping decisions at our stores.”

And the impression seems to last. Augustine says customers travelling the width of the state on I-70 may visit more than one 24/7 Travel Stores location on the drive, and he sees a distinct difference in customer feedback at the rebuilt stores versus its older stores – and this goes beyond feedback on the store appearance itself. For example, he says, customers who take issue with the stores’ credit/debit/cash tiered pricing policy are more likely to see it as some sort of gimmick at the older stores versus the new stores.

“Tiered gas pricing is less common in Kansas, but it’s just us trying to encourage [the consumer to choose] a cheaper way for us to process the payment,” Augustine explains. “Customers may not fully understand why we offer it, but they are more apt to accept it at a new store. They see a bright, nice new store and they don’t see [tiered pricing] as a gimmick. When they see a store that is a bit tired looking, they think it’s a gimmick.”

24/7 Travel Stores has plans on the board for three additional raze and rebuilds, pending necessary construction permits. As the chain adds additional Video Walls, Augustine says he can see a time in the future where the video screens may serve as a revenue source through the sale of advertising on the screens. “It’s a way off, but it’s something in the back of my mind,” he says. “Once we have more screens.”

The New Normal: How 9 months may have forever altered the business of foodservice in America. - CONTINUE READING...

Unsung Heros: COVID-19 first responders have no doubt earned hero status. But some others have quietly played a heroic role in supporting society during the pandemic. - CONTINUE READING...